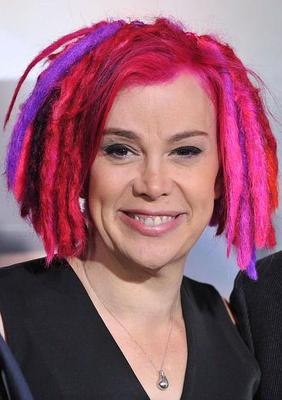 Lana Wachowski (formerly Laurence "Larry" Wachowski, born June 21, 1965) and Lilly Wachowski (formerly Andrew Paul "Andy" Wachowski, born December 29, 1967) are American film directors, screenwriters, and producers. They are siblings, and are both trans women. Collectively known as The Wachowskis (/wəˈtʃaʊski/) and formerly as The Wachowski Brothers, the pair made their directing debut in 1996 with Bound, and achieved fame with their second film The Matrix (1999), a major box office success for which they won the Saturn Award for Best Director. They wrote and directed its two sequels: The Matrix Reloaded and The Matrix Revolutions (both in 2003), and were deeply involved in the writing and production of other works in that franchise.