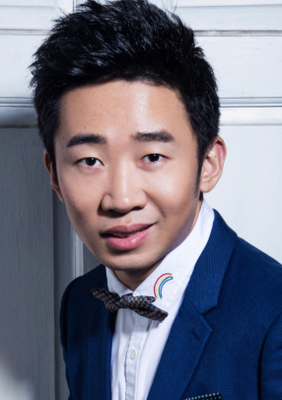 Di Yang, born April 26, 1986 in Wenchuan County, Aba Tibetan and Qiang Autonomous Prefecture in Sichuan Province, is an actor and presenter in mainland China and graduated from the Film and Television Institute of Sichuan Normal University. In 2005, with Zhou Xiangyu two people to "double Qisha" in the name of "White Snake" and "Love Curse" by the users attention. 2010 Di Yang to participate in the China Satellite TV "China's Got Talent Show." January 4, 2011 joined the Dragon TV "Who is the big man" host group, the same year joined Zhejiang Satellite TV as "cool food world" guest host. February 10, 2013, starred in Stephen Chow directed the costume fantasy comedy movie "Journey to the West", playing Sisha evil spurt brother. In 2014, he joined Shenzhen Satellite TV as a guest of "Generation Show". In 2015, he was the host of "Informal Talks" of Hubei Satellite TV. In the same year, he participated in the movie "Growth of All Things" as the corner of Radix Astragali. In 2016, he became a member of Oriental TV's "Na to say that", and starred in the inspirational comedy "Live Treasure" in the same year. In 2017, he recorded the variety show "Life Longing," "The Third Quarter of the Mars Intelligence Agency," and "Brain Opening." In July of the same year, the movie "Goku Biography" was released.
View All