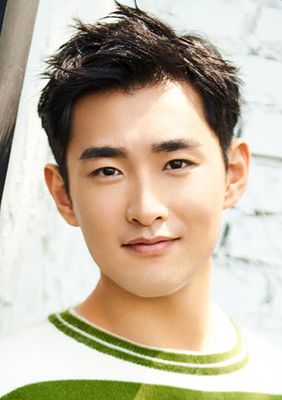 Wang Yanlin was born on July 28, 1989 in Anshan, Liaoning Province. He is a male actor from Mainland China and graduated from the 2008 Department of Performing Arts at Shanghai Theater Academy. In June 2011, he appeared in his first TV series "My Brilliant Life." In 2013, he participated in the healing drama “Remembering Lichuan”. In July 2014, he participated in the youth inspirational drama Tornado Eleven people. In August, he participated in the ancient martial arts drama TheLegendofQin. In January 2015, she participated in the Republican Love Idol drama “Lady and the Liar”; in July in the Republic of China fantasy drama “Wuxin: The MonsterKiller” Gu Xuanwu was known to the audience; in mid-December was directed by Ming Zhang Chen, Likun Wang, Zhu Yawen and Ching Yip star in the urban workplace romance “Look at you across the sea”. The actress Xuanzang in the movie “ChongqingHotPot” on April 1, 2016 was impressive; in April, he starred in the TV drama “That piece of the sky that sea” adapted from the famous writer Tong Hua novel; directed in May by Jinyuan Wu. Chu Chuan Biography plays Yu Wenyu’s young master Yu Wenhuai. In July, she starred in the Wu Xin Master 2 drama series. In May 2017, she starred in campus youth film “Graduation.”
View All