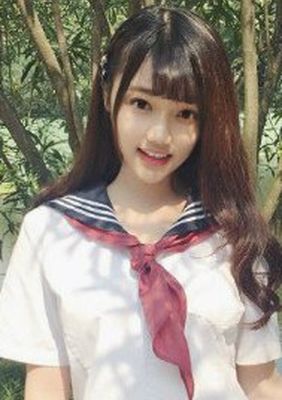 Song XinRan, born on July 8, 1997 in Jinan City, Shandong Province, is a popular female singer and actor in the Chinese Mainland. He is also a member of the SNH48 TEAM X. On January 31st, 2015, they participated in the “SNH48 Golden Hit Award BEST30” concert and debuted as the fourth student; on April 17th, they officially debuted and joined the SNH48 TEAM X team in the “Last Bell Ringing” performance;7 On the 25th of the month, he participated in the "Dream Phillip Ko" SNH48 2nd Idol Annual General Election Concert and won the 23rd overall election. In January 2016, he participated in the "National Beauty Girl", a large-scale idol-developed reality show. On July 30th, he participated in the annual popular general election concert of the 3rd idol of SNH48 and won the 18th place in the overall election. 12 On the 22nd of the month, with the launch of SNH48, New Year's Eve EP "New Year's Day" was launched. In May 2017, he went to Australia to film the MV "Summer Lemon Boat"; on July 29, he won the 29th in the fourth general election of SNH48.
View All