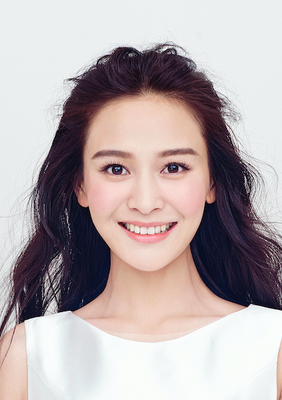 Hai-ling Chu, an actress who was born in Anhui Province and Mainland China on September 9, 1992, graduated from the performance department of Tongji University. In 2014, he participated in the urban emotional television drama "Ma Ya Ya Be Married" and entered the showbiz. In 2015, he participated in the unit of "Feng Niang Niang" in the costume drama Qing Quxu Legends. In the same year, he also participated in the costume series "Princely Empress Promotion", which was followed by the attention of audiences in the corner of hedges. Later, starred in love fantasy movie "school flowers drive to 3 Mermaid school flowers." In 2016, he participated in the crime suspense drama "Beauty as a Stuffing Piece"; in addition, he also starred in the costume historical drama "Simei Man" extraterritoriality "The beauty of the mountain ghost descendants." March 13, 2017, starring metropolitan youth campus play "Someone is willing to accompany you displaced" on the line; Later, starring in the oriental science fiction drama "Heaven of Qin Tianbao Kam."
View All