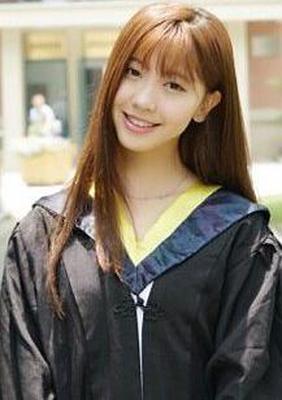 Aggie Hsieh, born on December 12, 1995 in Yinchuan, Ningxia, Chinese actress, host, singer, graduated from Shanghai Institute of Applied Technology. In 2014, Youku recorded his reality show variety show “Goddess Goddess” and won the first season “Goddess Goddess” champion. In August 2014, with the director Jiaoshou and the actor Hongming Luo co-starring in the online drama "Don't Expect 2" and starring in roles such as Angels, this is Aggie Hsieh's first film and television production. In 2015, she became a member of the women's group NGirls and released the single "Goddess." In 2015, she was a member of the NGirls group and won the “New Force” award for the “2015 Chinese Language Awards”. In 2015, he participated in "PALINN" and played a clever, eye-catching, and refreshing Han Ling yarn. In 2017, "The Food of Sisyphus" plays the role of Xiaoxia as the heroine, and the sweet and kind neighbor girl, with a lonely heart hidden beneath her gentle appearance. In 2017, she collaborated with Guo Degang and Qilin Guo on the urban sitcom “Large Forest” as Xiaozhen, a coffee shop waiter with an ancient spirit. In the drama, Qilin Guo and the Qilin Guo jointly contributed the “Initial Screen Kiss”. In 2016, signed Shanghai Drama Film & Television Culture Co., Ltd.
View All