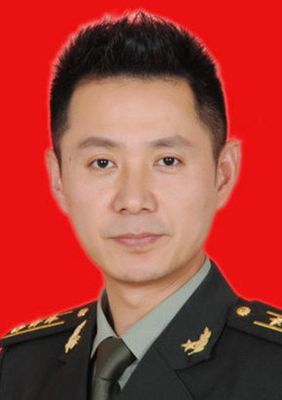 Guo Guangping, a national first-level actor, was the deputy head of the cultural frontline of the frontline of the Political Department of the Nanjing Military Region. He was born in 1971 with an emblem of Yu Yu, and graduated from the Department of Theater of the PLA Art Academy in 1999. In 1993, he photographed the first military-based work "Blackwater Ocean." In 2002, he shot a contemporary military-themed work "DA teacher". In 2004, the film “The Record of the North of Guangxi” adapted from the novel “Revenge of the Mountain Village” was photographed. In 2007, he participated in the starring historical drama "Ming dynasty 1566" as Yu Wang. In the same year, starring in the urban emotional drama “Speak with flowers”, it shaped the image of Liu Tongzhou, the eldest brother who is hard-working and hardworking, and impressed numerous audiences. In 2009, participating in the premiere of "The Right Way is the vicissitudes of life" is played by Mu Zhenfang. In the same year, starring "Invincible Brave" decorated Wang Xiao (politician) agriculture. In 2010, Liang Yi Tung, who was the man who starred in the 60th anniversary of the founding of the People's Republic of China’s "Battle of Nanjing", was favored by the audience and won the 23rd TV Jin Xing Award for Best Actor. In 2011, he starred in the novel “The Tide”, which depicts the lives of college students in the village and played the man No.1 Du Shuiquan. In the same year, he starred in the main melody war drama Bullet hole and played Song Yingjie. In 2012, he starred in "Su Yu General," and played a generation of the war god Su Yu. In the same year, the television series "Parents love" was played as An Tai. In 2013, he starred in the counterattack drama "Counterattack" and played the men's No.1 Ye Yufei. In 2014, starring in the TV series "Leader" shaped the image of Zhou Enlai. In 2015, he starred in the drama “Xiaoping Trail” and won the 27th China Drama Club Award with Deng Xiaoping. In the same year, the film "The first big case" was shot, starring Liu Qingshan. In 2016, he starred in the garden comedy ruled light comedy “Jade Judge” and played the role of a tall, wide and wide one. Plays Hu Pu in the spy war emotion drama Double thorn. Modern revolutionary TV drama "Defender Defender" plays political commissar Cheng Cuilin. In the same year, he shot a modern television drama "The Founding of An Army" and played three times as Zhou Enlai.
View All