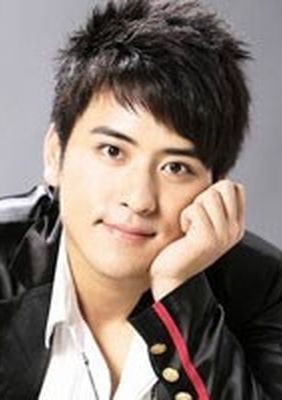 Dunzhu Zhaxi was born in Kunming, Yunnan Province on February 22, 1987. He is a popular male singer and film and television actor in Mainland China, a member of the National Youth League, a member of the Chinese Musicians Association, and a tourism image ambassador for Shangri-Lak, a graduate of the Shanghai Conservatory of Music. Series. In 2007, participated in the Dragon TV draft entertainment program "Come on! The Good Men's contest won the national finals sixth and the best talent award. In the same year, the first personal music album "Dunzhu Zhaxi" was released. In 2009, he appeared in the personal first film "Narrow Road." In 2010, he played the male actor Jiang Shaojun in the drama “LegendofThe AromaCity” and in the same year, starred in the ethnic style drama “Shangha Turkish lira”. In 2011, he starred in the historical war movie “The Sea Battle of Jiapeng in 1894”; in the same year, he starred in the urban emotional drama “ROB-B-HOOD”. In 2012, he starred in the urban fashion drama “Refresh 3 + 7′′; in the same year, he played the lead actor Xi Zha in the drama “Zoro.” Since 2013, he has served as a judge and tutor for CCTV's music inspirational program ASingingFairy for three consecutive years. In 2014, he won the “National Chinese Music 52nd Golden Bell Awards - China Music Super” National Finals Best Popular Idol Award. In 2015, he won the 19th "Global Chinese Rankings and Asian Influence Award" channel media recommendation newcomer award. In the same year, he was awarded the "China Tibetan Musical Inheritance Special Contribution Award" and held a "happiness waiting" personal concert in CCTV. meeting . In 2016, he joined the "Spring Festival Gala" of China Central Television. In the same year, he soloed at the welcome party of the "First Summit of the Cooperation between the Lancang River and the Mekong River".
View All