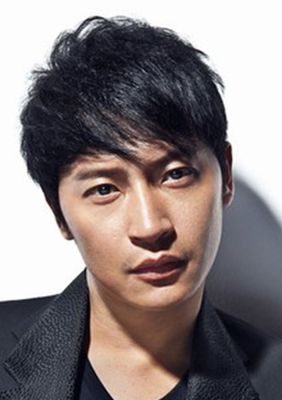 Julian Chen, born in Taiwan on May 19, 1971, is a pop singer, film and drama actress, and director. In 1988, as a member of the Little Tigers "handsome handsome" debut, and quickly emerge in the Chinese music scene. In 1991, Julian Chen was enlisted and the Tigers announced a temporary dissolution. In 1994, the debut solo album "Remember Your Fragrance" won the good result of the annual platinum album. In 1996, released the third solo album "Love Cocoon", the first album in the challenge of true and false sound singing, sales also reached the annual platinum record. In 1997 in the costume drama "My Fair Princess" played Tailai. In 2001, starring song and dance drama "See the Sun" performed more than 70 performances in Taiwan, and went to the United States in New York Broadway. In 2002, with Cai Qin starred in the musical "love night in Shanghai." In 2011, the first attempt in the movie "I Know the Woman's Heart," the anti-string modeling; the same year, with the single "tomorrow" return to the music scene, won the Pioneer Music Awards, "the world's premiere annual music award" and "the best film and television singer of the year" Two awards. In 2012, for the first time, he undertook to bring a team to create a musical album "The Heart Is Missing." In 2013, starring in the movie "First Love"; and the rock single "solo trip." In 2014 June, starred in Hunan Satellite TV "Star Theater Society" finale of the first quarter as a play "how the capital", and then show stage director and unique stage charm. In the same year in October, participated in the first season of CCTV magic show "Big Magician" and won the championship. In July 2015, starring in the suspense movie "Return of Love", the same year in September, for the first time directing and starring drama "nowhere to put." In March 2016, Julian Chen released the first album hit song "He and She" in the annual album; in May of the same year, held a world tour concert "Chi-no-one can replace you in memory". In 2017, he won the "Leap Progressive Artist of the Year" award from the Asian Music Festival.
View All