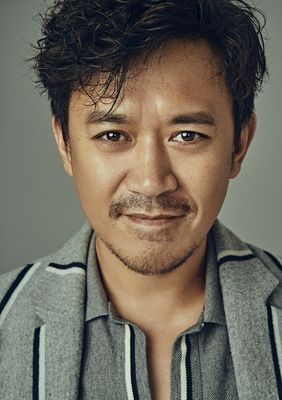 Wang Xuebing, Chinese film and television actor. Born in September 6, 1971 in Urumqi, Xinjiang, graduated from the performance department of the Central Academy of Drama in 1994. In 1998, he starred in the youth idol drama "Will love go to the end" into the audience's sight; in 2001 with the TV series "Do not talk to strangers" won the "China Top Ten TV actor" award. After that they starred in "Absolute Control", "Blue Bird's Sky", "Seven Swords Mountain", "Yangcheng dark whistle" and many other television series was well-known audience. In 2012, for the first time, Wang Xuebing won the "Director Style Award" of electrifying unit at the 24th Harbin Ice and Snow Film Festival for his first film "Steadfast Tin Soldier" directed by the director; starring in the movie "Hear the Wind". In February 2014, participating in the movie "Daydream" won the best film "Golden Bear" at the Berlin Film Festival; the same year, starring drama "People's Enemy". In addition to performing arts, Wang Xuebing is enthusiastic about social welfare. Since 2002, he has been serving as the "Anti-Domestic Violence Network Ambassador" for 12 consecutive years. As the torchbearer for the 2004 Athens Olympic Games and the 2008 Beijing Olympic Games, the Olympic torch relay was passed twice. At the same time, served as a number of public welfare charity project ambassadors and ambassadors, and won many public welfare awards and "ambassador" title.
View All