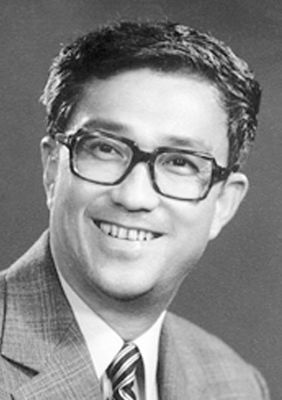 Xie Jin (Jin Xie, November 21, 1923 - October 18, 2008), Shangyu District, Shaoxing City, Zhejiang Province, National First Class Director, and one of China's third generation directors. In 1948 graduated from the Nanjing National Theater Academy. Ren Datong and Assistant Director of Changjiang Film Company. After the founding of the People's Republic of China, he was the deputy director and director of the Shanghai Film Studio, the fourth member of the China Film Association, the fifth chairman of the chairmanship, and the fifth and sixth executive vice chairman of the China Federation of Literature. He is a member of the 7th National Committee of the Chinese People's Political Consultative Conference and a member of the Standing Committee of the 8th and 9th CPPCC National Committee. In 1954, he directed the Huai Drama short film “The Blue Bridge” and became a director. He has directed more than 20 short and long films. In 1957, Xie Jin directed "WomanBasketballPlayerNo.5" is his famous work, and is China's first color sports feature film. He received a silver medal at the 6th World Youth Festival and a silver hat award at the Mexican International Film Festival in 1960. In 1998, he won the Golden Dragon Award for Chinese Literature and Artists Awarded by the Hong Kong (Overseas) Literary Artists Association as the “Master of Contemporary Film”. He won the Shanghai Outstanding Contribution Award for Literature and Arts. In 2005, he won the 25th Golden Chicken Award for Lifetime Achievement. In 2007, he won the 10th Shanghai International Film Festival Chinese Language Film Outstanding Art Achievement Award. Xie Jin passed away at his hometown Shangyu, Zhejiang, on October 18, 2008, at the age of 85.
View All