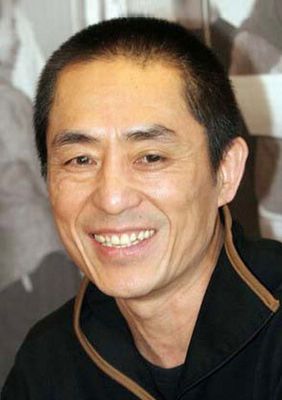 Zhang Yimou was born in Xi'an, Shaanxi Province on April 2, 1950. He is a Chinese film director and one of the representatives of the "Fifth Generation Director". He is an honorary doctor of honors from Boston University and Yale University. After graduating from middle of the year 1968 to 1971, he joined the team in the village of Qianxian, Shaanxi. From 1971 to 1978, he worked as a worker in eight cotton and cotton mills in Xianyang City, Shaanxi Province. In 1978, he entered the photography department of the Beijing Film Academy. After graduation in 1982, he was assigned to the Guangxi Film Studio. In 1984, he worked as a photographer for the first time in "OneandEight" and won the "Outstanding Photographer of China" award. In 1986, he starred in the first movie "OldWell" and won three movie stars. The first film "Red Sorghum" directed in 1987 won the Golden Bear Award in China's first international film festival. From then on, he began to realize his trilogy of film creation, from photographers to actors and finally to directorial career. The films "Red Sorghum", "Judou", "RaisetheRedLantern", "The Story of Qiu Ju", "ToLive", "One Can't Latter" and "My Father's Mother" directed by the film from 1987 to 1999 made it available He has won many awards for the film and has nominated Oscar three times and five nominations for the Golden Globe. The business films "Heroes", "Ambush", "Manchus with Golden Flower" and "Jinling 13", which were directed by the restructuring in 2002, twice refreshed the box office records of Chinese movies and won four titles at the annual Chinese box office. He was the chairman of the 18th Tokyo International Film Festival Jury and the chairman of the 64th Venice International Film Festival Jury. In 2008, he served as the general director of the opening and closing ceremony of the Beijing Olympic Games, and won the top 10 Chinese figures who influenced the 2008 World Chinese Awards and CCTV, and nominated “Time Magazine” figures of the year. In 2013, he directed the movie ComingHome. In 2014, he served as the general director of Beijing's bid to host the 2022 Winter Olympic Games. In 2015, the Hollywood film "The Great Wall" was prepared. In 2016, he served as general director of theatrical performances at the G20 Summit in Hangzhou, China. In 2017 he directed "Shadow."
View All