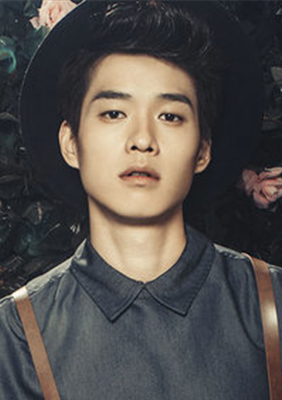 Daxun Wei, born in Jilin Province on April 12, 1989, is a film and television actor in the Mainland of China and graduated from the Class 2007 Undergraduate Class in the Central Academy of Drama. In 2008, starred in the personal first drama "Sophie Diary", which officially entered the showbiz. In 2010, Mao Anqing was hit by Mao Anqing in the revolutionary historical play An Yingying. In 2011, appeared in the Revolutionary War movie "Revolution." In 2012, starring spy drama "Fu Nu". In 2013, starred in campus youth emotional drama "one and a half summer." In 2014, starring family emotional drama "because of love and happiness." In 2015, it won the Most Promising Newcomer Award of "Asian Influence · Oriental Festival". In 2016, actor Sun Qi Long and Zhang Zhigang were respectively played in the Republic of China drama "Love Millennium 2000: The Moonshine Exchange". In 2017, starring urban suspense drama "super feeling"; October 27, starring in the romantic comedy movie "because of love" release. On May 23, 2014, Daxun Wei officially signed JV's culture to become its contracted artist. In 2017, the contract expired to set up a personal studio.
View All