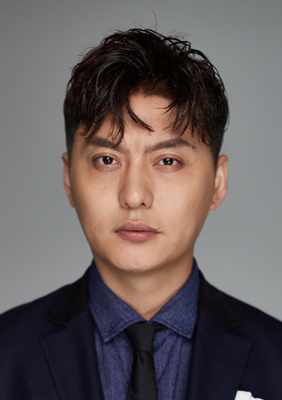 Jingjian Hou, born in Beijing on April 2, 1985, is an animator from Laiwu City, Shandong Province, an actor in Mainland China and a graduate of the Department of Performance at Beijing Film Academy. In 1994, starred in the first personal TV series "anti-corruption record", which officially debut. In 2006, starred in martial arts costume "Deer Ding", played in the play Yang Yi of. 2010, in the contemporary anti-terrorism drama "China Special Police" in the male one Chen Minglei. In 2013, Mao Zedong, aired on the 120th anniversary of Mao Zedong's birthday, played the role of a young Mao Zedong. In 2014, in the spy-war drama "Hong Kong Harbor Rescue" in the male one Ye Jia Tong. In 2015, starring in the workplace inspirational emotional drama "cat reclamation". In the same year participated in the drama "North Canton wide do not believe in tears." In 2016, Mao Zedong was played in the idol spy drama "Rouge" as Jiang Shuyi, August 1, 2017 as the red youth epic drama "Autumn Harvest Uprising". On October 28, Jingjian Hou won the Golden Oak Award the most potential Actor Award. In the same year, co-starring Hu Jing and CCTV "to the police"; on November 6, "Mao Zedong in search of Ukraine" boot in Jiangxi, Jingjian Hou plays Mao Zedong in the play.
View All