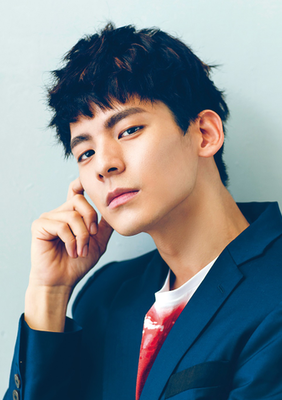 Austin Lin, born on January 27, 1988 in Taipei, Taiwan, is a Taiwan film actor and pop singer and graduated from National Taiwan Normal University. In 2007, he participated in the second "Super Star Walk" competition in CSTC and won the 21st finals. In 2009, starred in the first movie "Take me to the afar," and with the film nominated for the 2009 Taipei Film Festival Best Actor Award and Best New Artist. In 2010, starred in the first drama "rice ball home." In 2011, the Taiwanese idol drama "Meng's Probability" in the male No. one Cai Qun. In 2013, he participated in the recruitment of the Chinese film "Transformers 4" and finally won the technical otaku champion and the finals semi-finals. In 2014, starred in a special theatrical version of "Kindaichi Juvenile Action Book Jyouji-juku murder" according to the comic "Jin Tian Yi Juvenile Incident." On November 26, 2016, he won the Best Supporting Actor Award for "The 53rd Taiwan Golden Horse Film Awards" with the movie "Cafe Six Lanes"; the same year, he starred in the fantasy pure love movie "I am 19 years old".
View All