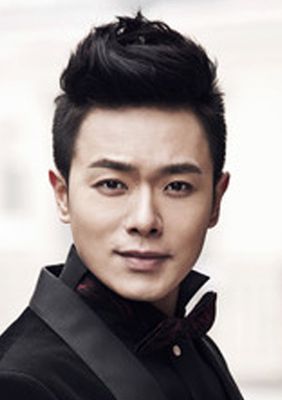 Siwei Wan, born on October 23, is a new generation of film and television actor in Mainland China. He graduated from the undergraduate course of performance class 01 of Beijing Film Academy and is now an actress and performer of the August 1 Film Studio of People's Liberation Army. 2003 Siwei Wan to participate in the second Golden Eagle TV Arts Festival "Golden Eagle Rookie Contest" to show his head; the same year with the summer rain, Zhou Yun starring urban love drama "fall in love with single eyelid boys" into the entertainment circle. In 2011, he became the star of the Cenozoic military idol as a leading actor in "The Fifth Space" of the military operas of CCTV and achieved good ratings of the first ratings at the same time. In 2013, Siwei Wan starred in the era of love drama "wrong marriage" made the top three ratings in the South good grades, the same year in the war drama "expedition! expedition! "And Zhang Fengyi partner, featuring side by side actor. In the same year starred in Bayi Film Studio gift film "Lei Feng's smile" as actor Leifeng. And included in the award-winning Chinese film award-winning film, the media as "the most warm and handsome history of Lei Feng," lay the status of its red niche. In 2014, Zhong Yi Cheng, a literary youth who plays the role of a literary youth in the TV drama "Nude Marriage," is also the first attempt by Siwei Wan to experiment with urban sensibilities. The series broadcast in the prime time of Zhejiang Satellite TV and achieved good results of the first ratings at the same time period, allowing the audience to see Siwei Wan, a handsome and romantic man in modern drama. In 2017, the anti-Japanese drama "Jagged General" co-starring Hou Yong and Siwei Wan aired on CCTV 8, an atmosphere about the cooperation between the KMT and the CPC and the bloody battle of brothers and sisters. This year, the war giant, starring Siwei Wan, "Expedition! expedition! "Will also be broadcast in the prime of Chongqing Satellite TV. In addition, Siwei Wan plays the leading role in the drama" Before dawn "," Legend of bandit leader "," Female assault "," Bandit "and" Sword of honor "will also be broadcast in succession.
View All