Alec Su, born on September 11, 1973 in Taipei, Taiwan, singer, actress, producer and director. In 1988, he topped Taipei's Jianguo High School (Taiwan's No. 1 high school) with his first grade in the school, making his debut as the "Little Tigers" of the Little Tigers and becoming rapidly popular. In 1991 with excellent results admitted to Taiwan University (Taiwan's number one university) Department of Mechanical Engineering. 1998 because of "My Fair Princess" in the five princes and embarked on the road of acting. The following year, "My Fair Princess II" with 65% of the ratings to create a Chinese TV ratings record. Won the top three of "Top 50 Most Popular Asian Idol" held by Singapore Lianhe Zaobao from 2002 to 2005. In addition, he starred in "Heaven Sword and Dragon Saber," "Tiger Gate", "unruly princess" and other TV series also won the same ratings. On August 31, 2002, a friend held a concert at the Great Wall Juyongguan and became the first Taiwanese singer to stand on the Great Wall to sing. Founded in 2005 "Alec Su love Foundation." In 2007 in Yiyang County, Henan built "Alec Su Hope Primary School." In 2008, he won the Best Supporting Actor Award for the 30th Volkswagen Film Hundred Flowers Award for "The Wind" and won the second best actor award at the Macau International Film Festival for "Kangding Love Song". In 2011, won the Golden Award of the 13th China Film and Television Performing Arts Society Jury Special Award. For the first time in 2012, he starred and starred in the TV drama "Remain the Youngest," being acquired by CCTV at the highest price in the history of fashion dramas and breaking CCTV ratings records. 2013 Won the "Most Powerful Producer of the Year" and "Outstanding Artist of the Year" award at the Asian Idol Festival. In November, the show won the Golden Angels Award at the 9th China-US Film Festival for outstanding Chinese TV series. In August 2014, Alec Su first director, directed the film "left ear" nominated Taiwan Golden Horse Awards. May 8, 2016 With the film won the 23rd Beijing University Film Festival students most welcome director award.

Liu Xiaofeng is a contemporary Chinese scholar and a professor at Renmin University of China. He has been considered the prototypical example of what is called a cultural Christian, meaning a believer ...

Hong Jiang, Mainland Actress, born April 9, 1984 in Wuhu City, Anhui Province, graduated from Xie Jin Film and Television Art Institute, Shanghai Normal University. In 1997, starred in the first drama "Twelve Bronze People of Real Little Monk" into the entertainment circle. In 2000, he starred in the costume fairy tale "The Beauty of the World and the Legend of the Fish," which attracted attention. In 2004, he starred in the costume historical drama "The Gate of the Tiger"; in 2005 he starred in ancient romance drama "Qin Wang Li Shimin" and costume fairy tale "Snowy City"; 2006 Chinese film star Rui Bang top ten newcomer award; in 2013 in the "new Los God" as a female No. 2 and receive more attention. In 2014 Hong Jiang starred in the myth drama "God" list on CCTV broadcast. In July 2014 for the first time as producer and starred in the movie "I really want to hear you say love me." 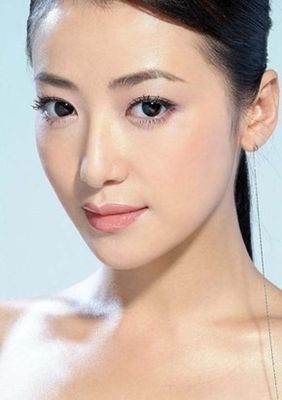