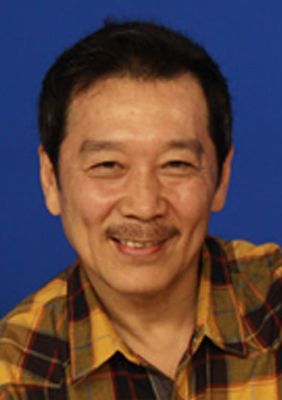 Sun Weimin, born on July 14, 1955 in Pulandian District, Dalian City, Liaoning Province, China Mainland actor and producer. Graduated from the Central Academy of Drama Performance Department, worked in Dalian Repertory Theater. In 1995 starred in the war drama "seven war seven Czech", for the first time as Premier Zhou Enlai. In 1997, he played Zhou Enlai once again in the war movie "Entering the South Line and chasing after the Fight against the Great" and "the Great Turn". In 2000, Liao Zhongkai was played in the TV series "Sunrise in the East" created for the 80th anniversary of the Communist Party of China. Lu Xun was played in 2001 in the TV series "Lu Xun and Xu Guang Ping". In 2005 appeared in the war drama "anti-Japanese star Zuo Quan", and played Zuo Quan. 2009 starring in the era of drama "Dongfanghong 1949". In 2011 starred in the war drama "East." Starring in 2013, the history of the movie "Four Environments of Zhou Enlai," played Zhou Enlai. In 2014, he starred in the film "No. One Target" and won the nomination for Best Actor Award for the 30th China Golden Rooster Awards. In 2016, Sun Weimin plays Zhou Enlai's drama "Begonia" on the Central Plains. In September 2017, he won the Best Supporting Actor Award at the 15th International Youth Film Festival in Russia.
View All