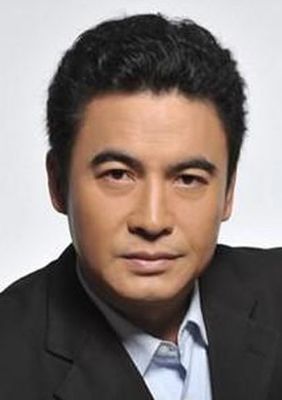 Dasheng Shi, born in Hebei Province on May 23, 1965, is a film and television actor in the Mainland of China and graduated from the performance department of Shanghai Theater Academy. In 1995, Dasheng Shi became a drama performer in the Shanghai Drama Arts Center and officially entered the entertainment industry. In the same year, Dasheng Shi acted as actor Andy in the emotional drama Dream Angels. In 1998, starring crime suspense drama "the door of life and death." In 2000, starring medical emotional drama "caring." In 2002, starring urban emotional inspirational drama "Dream Valley." In 2003, in the young love idol drama "love the Aegean Sea" as Leliang Ping. In 2005, starred in the family emotional drama "When the marriage came to an end." In 2006, starring urban emotional drama "woman, woman". In 2008, Yang Mingliang was played in the Family Ethics drama "A Tears Are All Love". In 2009, starred in family ethics drama "Lady". In 2010, the play "dwelling" plays the actor Song Siming. In 2011, starring urban emotional drama "a lot of money married." In 2012, he played Kyung-woo in the urban idol drama Fairy Tale Half. In 2013, starred in costume mystery suspense "Teenager Detective Di Renjie." In 2014, starred in spy drama "at the silent office." In 2016, Wang Dalu was played in "The People's Name" of the anti-corruption drama of the contemporary prosecutors.
View All