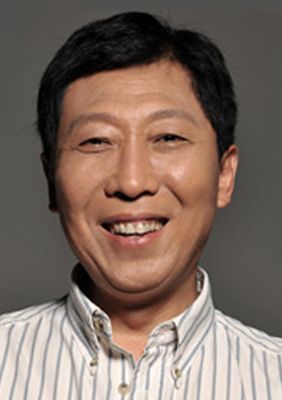 Tongsheng Han, born in Beijing on June 1, 1955, graduated from Central Experimental Theater, a national actor and was awarded the title of expert of the Ministry of Culture and enjoys the allowance of the State Council. In 1988 due to the drama "fate of the fiddle" decorated "Lukashen" corner, won the 5th Chinese Theater plum award. In 1999, "Life and Death Field" decorated Zhao Sanyi corner was the 50th anniversary of the Ministry of Culture Xian gift repertoire performance "outstanding performance award." In 2002 participated in the drama "Crazy New Year car" decorated "whiteboard" corner won the third Chinese drama Golden Lion Award. In 2009 due to the drama "The dawn of the gray kingdom" Gu Shicheng corner was won in the Straight cultural groups to observe and evaluate youth actor third place. In 2011 due to the emotional drama "windmill" decorated Shu Yihai get Sohu video television festival "Best Supporting Actor Award." In 2012, he was awarded the "Outstanding Performance Award" by the 1st National Theater Theater for his role in the "Crazy New Year Car" at the whiteboard corner. On December 17, 2014, Tongsheng Han won the "Special Contribution Award for Annual TV Show" at the 2014 National Drama Festival. On April 16, 2015, the urban life comedy "I am a kid's grandson when the North drift" landed on the Jiangsu Satellite TV Grand Theater .
View All