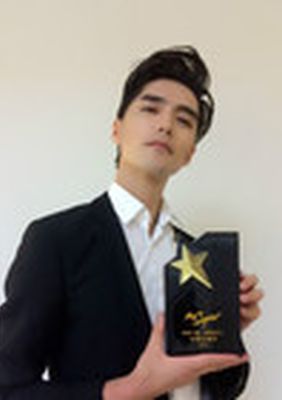 Yunga A (Musical) was born in Ordos, Inner Mongolia Autonomous Region on October 23, 1989. He is a film and television actor and pop singer in mainland China. He graduated from Beijing Dance Academy Music Department. In 2013, he participated in the “3rd Inner Mongolia Youth Singers Television Competition” of Wulanchabu Cup and won the first prize of popular singing, and thus formally entered the performing arts circle. In 2014, he participated in the “Mr. Super” contest of Anhui Men’s Inspiring Growth Reality Show and won the National Finals Championship. This attracted attention. In the same year, he participated in the CCTV-3 music reality show “China is Listening” and won the national award. Final Runner-up. In 2015, the single "Thank you" was released. In 2016, she participated in the Spring Festival Gala of CCTV and performed the song and dance program “In Your Great Arms”. In the same year, she appeared in the personal first drama “Spirit”. In 2017, he starred in the musical "Love in Memory of Alz"; on October 14th, he won the second of October with a "Mongolian song" in the CCTV-15 song hitting program "Global Chinese Music Rankings". Championship.
View All